The State Government in a statement issued by the Commissioner for Information and Strategy, Mr. Steve Ayorinde, said that it has paid a total of N9.8billion in full and final settlement of LCC’s indebtedness to its international lender, which granted a 21.16 per cent haircut (reduction) to the State.

The Commissioner said that in addition, local lenders, whose interest rate was 18.5 per cent at the consummation of the facility, offered a 12 per cent haircut and also fully paid with a restructured loan at 13.5 per cent, thereby creating a savings of N8.7billion for the Government.

In a related development, the State’s Commissioner for Finance, Dr. Mustapha Akinkunmi, urged citizens to continue to pay their taxes as at when due, since according to him, more facilities are being provided by government through the tax payers’ obligation to government. 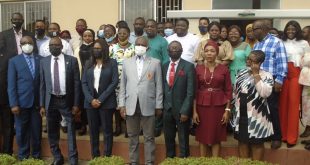 Lagos Flags Off Construction of 114 Roads in 57 LGAs

Powered by WordPress | Designed by TieLabs
© Copyright 2022, All Rights Reserved